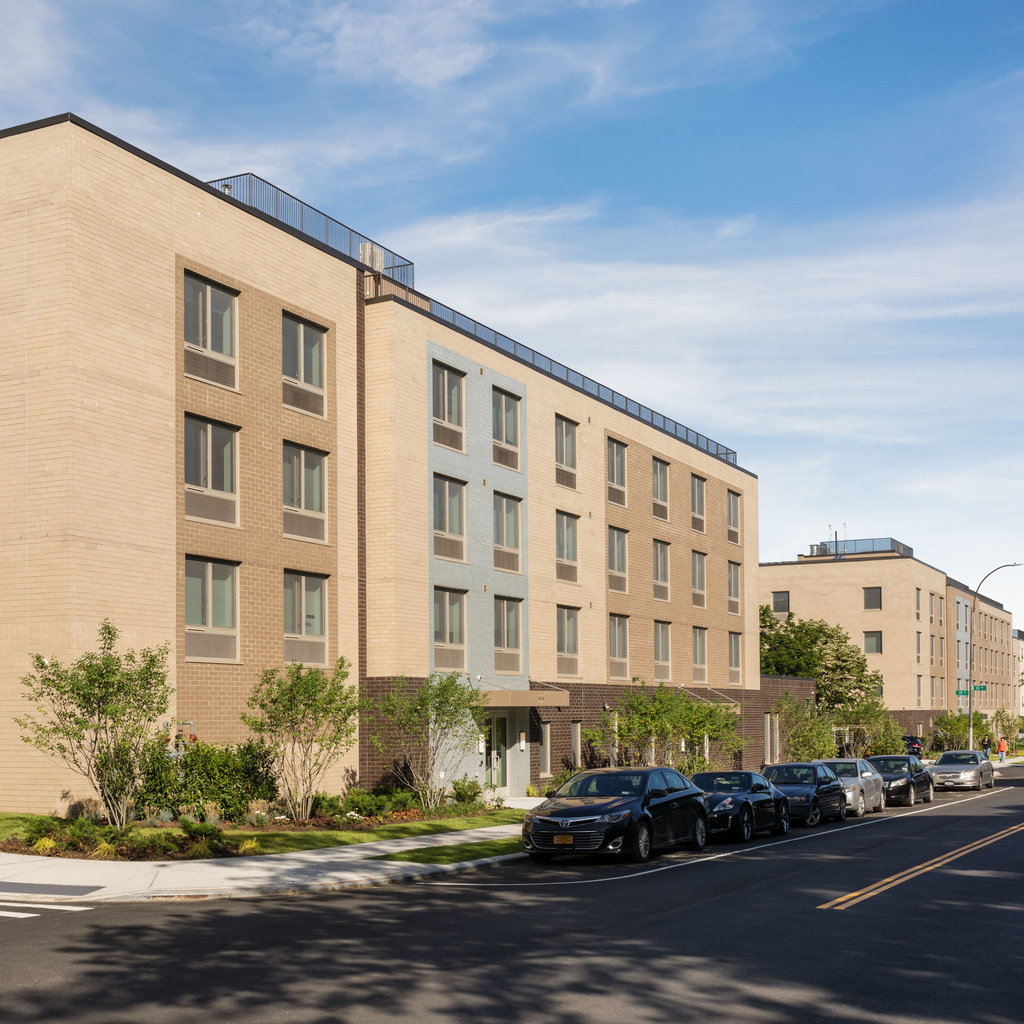 Marine Terrace is a multi-family apartment project acquired by a partnership between Related and Settlement Housing Fund in June 2016, located in Astoria, Queens. It contains 444 units in seven three-story buildings on 7.89 acres located at 20-24 21st Street. Marine Terrace previously had 128 parking garages located along the northernmost parcels of the site. The 128 garage units were located in four concrete one-story garage bays. As part of Related’s transaction, two of the garage bays were removed to allow for the construction of 53 new affordable units.

At the acquisition, Marine Terrace’s unit mix was composed of 18 one-bedroom units, 414 two-bedroom units, 9 three-bedroom units, one two-bedroom unit housed the management office and two additional two-bedroom units were occupied by site maintenance staff. Although at the acquisition the property was in reasonable condition, the property was in need of capital repairs on the façade, in-unit amenities, energy efficiency upgrades and site improvement. In addition, 22 of the first-floor units were modified to allow for accessibility and ADA living accommodations. The partnership undertook a 12-month physical renovation effort upon closing. As part of the renovation, the two-bedroom unit utilized as the management office was converted back into a residential unit to bring the affordable unit count in the existing buildings to 442.

Two of the four garage bays were removed and replaced by two new low-income residential buildings, which contain 53 new units, a new management office and resident amenity space. The 53 new units are in addition to the existing 442 low-income units at the site. These units are not covered by the Project-Based Section 8 contract. The unit mix in the new buildings is comprised of 20 studio units and 33 one-bedroom units. The two newly constructed buildings were completed in December of 2018.