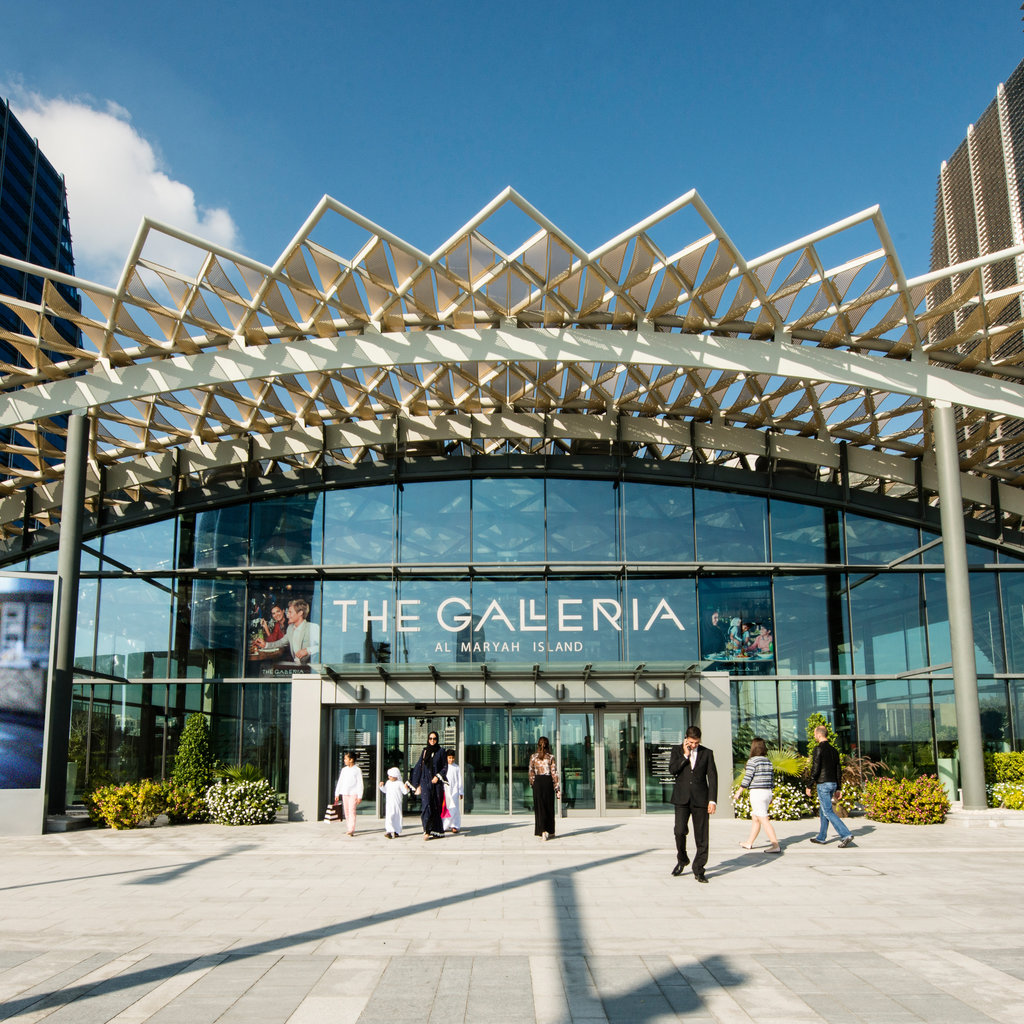 Two floors of boutiques and entertainment present visitors with endless choices. The Galleria features the highest concentration of luxury retailers in one location in the region. It is home to 130 outlets, anchored by some of the most iconic names in fashion, including Louis Vuitton, Dior, Cartier, Prada, Gucci, Van Cleef & Arpels, Mulberry and Bvlgari.

Opened in August 2013, The Galleria has been designed to be as functional as it is impactful. To strike the perfect balance, visual appeal as well as environmental viability has been considered. World-renowned architecture and design firms including Elkus Manfredi of USA and Benoy of UK collaborated on the project, with the sculptural atrium roof designed by RFR Group Paris.

Since opening, The Galleria has received a number of international awards including best International Retail and Leisure Destination at the Global Retail Leisure International Awards and the accolade for Design & Development and Public Relations Excellence at the 2014 International Council of Shopping Centers (ICSC) Middle East and North Africa Shopping Centre and Retailer Awards. The winning streak continued in 2013, as the property received the Divine Detail: Award of Merit on behalf of the American Institute of Architects (AIA) Middle East as well as the GCC Hospitality and Leisure Project of the Year Award from Middle East Architect within just one year of the venue being open.